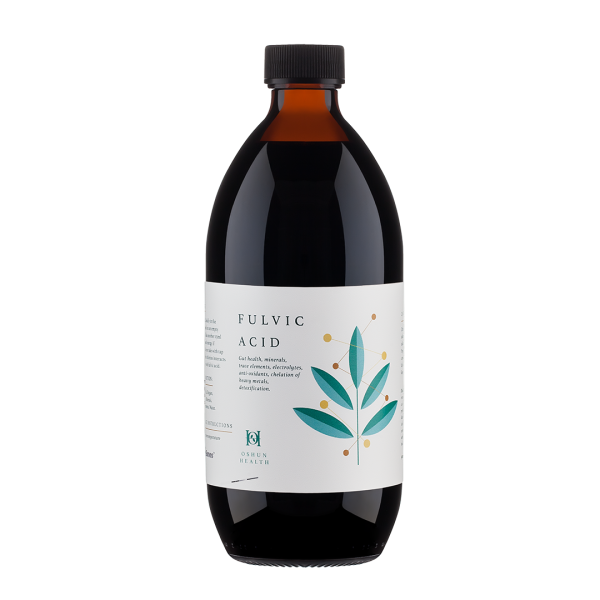 Fulvic acid is an organic and active chemical compound that forms when organic material breaks down due to humification (composting). When buying a fulvic acid product, two things should be considered:

Considered the ultimate “nutrient booster,” fulvic acid helps the body to absorb and use other nutrients better (e.g. microbiota/probiotics, antioxidants, electrolytes, fatty acids and minerals). Fulvic acid has, therefore, become popular for slowing down ageing, improving digestive health and protecting brain function. Due to its unique chemical structure, it’s able to fight free radical damage that contributes to the process of ageing and nearly every chronic disease there is. It can be acquired when taken as a supplement or from naturally coming into contact with more dirt/soil outdoors.

Except for the above fulvic acid also does the following:

This product is not intended to treat disease or serve as a replacement for professional medical advice. Rather Oshun Health’s Fulvic Acid provides elements that are essential to individual wellbeing which, in turn, helps the body to heal itself.

Save this product for later
Display prices in: ZAR