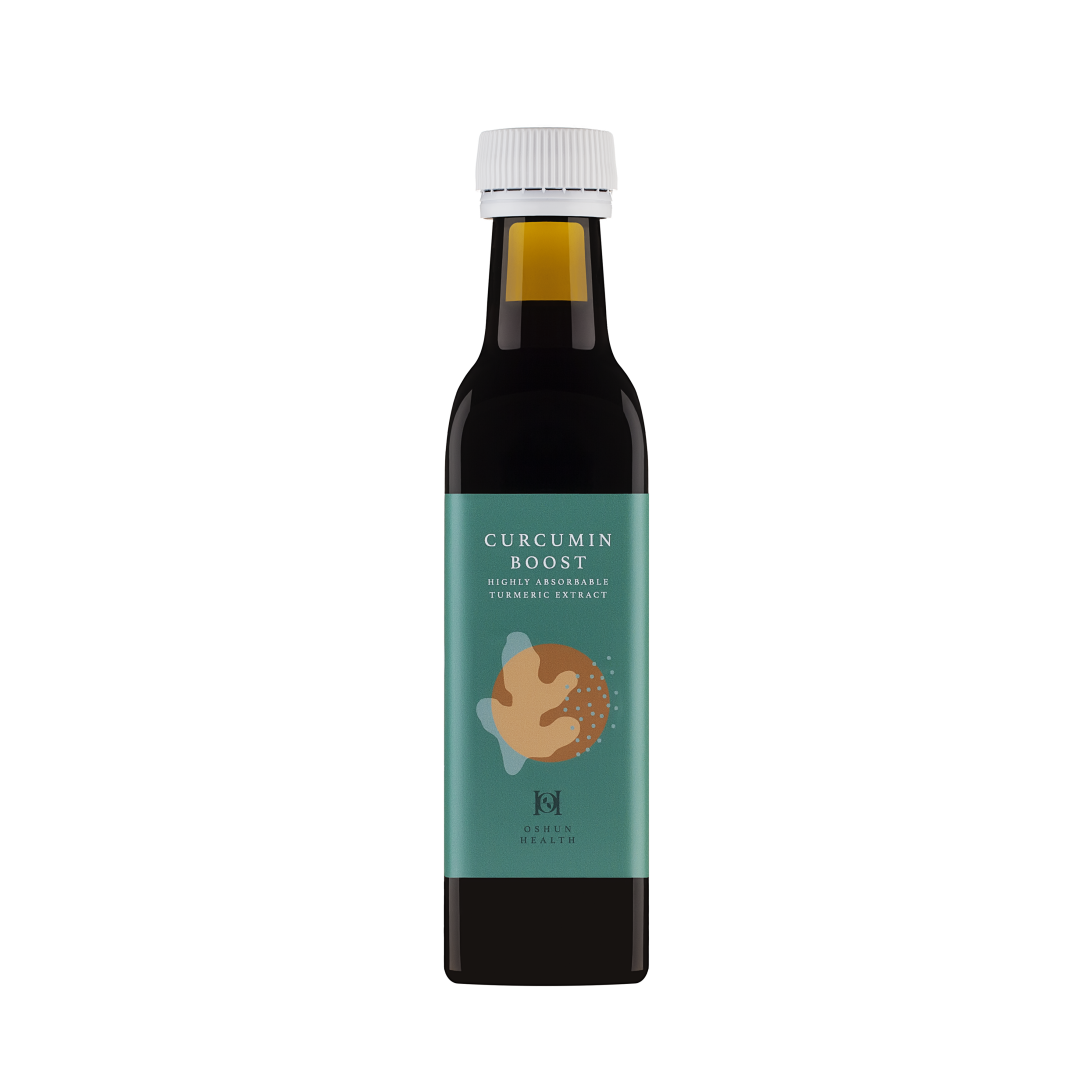 Almost all chronic diseases — from diabetes to heart disease to arthritis to Alzheimer’s disease — have one thing in common: unchecked, destructive inflammation. Unlike synthetic drugs, which typically work against only a single inflammatory pathway, natural curcumin reduces inflammation through its effects on multiple inflammation targets. Because of this, curcumin is effective against hundreds of diseases.

Curcumin presents one big challenge, however: It’s almost impossible for the body to absorb. A published study in the Journal of the American Association of Pharmaceutical Scientists showed that even when individuals received doses as high as 2000mg of curcumin, they absorbed almost none of it. Therefore, higher doses of curcumin isn’t the key to absorbing more curcumin. When choosing a curcumin product, the absorption technology the product utilises is more important than the dosage it contains.

Oshun Health’s Curcumin Boost contains piperine which makes curcumin 2000% more bio-available, increases its lifespan, and prevents its premature breakdown in the gut. Curcumin Boost also uses Oshun Health’s trademarked liposomal encapsulation system – fulvisomes – to increase absorption by a further 19x. Furthermore, Curcumin Boost contains fulvic acid which protects the active ingredients in the product and boosts its effectiveness by 4 to 8 times. With these measures we’ve been able to achieve a 100% absorption rate which is unequalled in the market place. Curcumin Boost is so absorbable that doses higher than 200mg should be taken with caution given that curcumin has a significant impact on blood sugar levels (lowers it) and also acts as an anticoagulant.

Curcumin Boost contains the full spectrum of active curcuminoids, not just one or two.

Contact a health care practitioner to determine the dosage for children

Do not use with anti-coagulants and/or diabetic medication.

This product is not intended to treat disease or serve as a replacement for professional medical advice. Rather Oshun Health’s Liposomal Vitamin C provides elements that are essential to individual wellbeing which, in turn, helps the body to heal itself.

ABOUT CURCUMIN IN GENERAL

Almost all chronic diseases — from diabetes to heart disease to arthritis to Alzheimer’s disease — have one thing in common: unchecked, destructive inflammation. Unlike synthetic drugs, which typically work against only a single inflammatory pathway, natural curcumin reduces inflammation through its effects on multiple inflammation targets.1

Because of this anti-inflammatory activity, as well as its ability to kill tumor cells, increased activity of protective antioxidants such as glutathione, and modulate tumor growth cell factors, curcumin is effective against hundreds of diseases.

Curcumin is also a potent antioxidant, able to neutralize unstable, reactive free radicals. Free radicals are molecules with a missing electron that stabilize themselves by “stealing” electrons from neighbouring molecules, creating another free radical in the process. This chain reaction of free radical formation is known as a free radical cascade, and it can result in cellular damage (called oxidative stress) leading to inflammation and chronic disease—including cancer. Free radicals can negatively impact all body systems, including the immune system. Curcumin, like other antioxidants, is able to stop free radical cascades without becoming unstable itself. Its ability to neutralize free radicals is extraordinarily strong. In fact, curcumin has an antioxidant value of over 1,500,000 per 100 g. The dual properties of curcumin as both anti-inflammatory and super antioxidant contribute to its reputation as an extremely powerful natural medicine.

In short, it is believed that curcumin works by inhibiting a critical enzyme in the inflammatory process in the body. This can produce the most dramatic reduction in pain and inflammation.

Save this product for later
Display prices in: ZAR